The Devil represents a chance to break free from self-imposed bondage. You may be choosing to believe that factors outside your control are holding you back and keeping you down. This is a carefully crafted lie designed to keep you trapped in a hell of your own making, where you become both jailer and prisoner. In truth, you have created the circumstances that surround you. The Devil card is about coming face to face with your shadow-self in order to regain control over the direction of your life.

This card offers a chance to take accountability for your actions in order to break free from chaos and destruction. The Devil is a symbol for the quick fixes and cheap thrills we become unconsciously bound to. It is often tempting to trade in hard work for the easy way out. Unfortunately, this choice is often detrimental to the course of our life. Ultimately, we lose the ability to sustain ourselves when we reach toward the path of convenience and instant gratification.

The 15th card of the Major Arcana brings clarity to the areas of our live that will require a major shift in order to move forward. The Devil asks you to look carefully at the ways you choose to keep yourself sedated and distracted instead of meaningfully engaging with your own life. This is an opportunity to forge a new path. One that leads to empowerment and personal freedom. It will require reflection, a willingness to change, and a commitment to do the challenging work necessary to break free from the vices that have continued to trap you and hold you prisoner.

Allegory of The Devil

Black, awful night enveloped the earth. An ominous, red flame burned in the distance. I was approaching a fantastic figure which outlined itself before me as I came nearer to it. High above the earth appeared the repulsive red face of the Devil, with large, hairy ears, pointed beard and curved goats’ horns. A pentagram, pointing downwards, shone in phosphoric light between the horns on his forehead. Two large, grey, bat-like wings were spread behind him.

He held up one arm, spreading out his bare, fat hand. In the palm I saw the sign of black magic. A burning torch held down-end in his other hand emitted black, stifling smoke. He sat on a large, black cube, gripping it with the claws of his beast-like, shaggy legs.

A man and woman were chained to the cube…the same Man and Woman I saw in the garden, but now they had horns and tails tipped with flame. And they were evidently dissatisfied in spirit, and were filled with protest and repulsion.

“They forgot that It is a key to the gate of the magic world, the torch which lights the higher Path. They forgot that Love is real and immortal and they subjugated it to the unreal and temporary. And they each made love a tool for submitting the other to himself.

“Then love became dissension and fettered them with iron chains to the black cube of matter, on which sits deceit.”

And I heard the voice of the Devil:

“I am Evil”, he said, “at least so far as Evil can exist in this best of worlds. In order to see me, one must be able to see unfairly, incorrectly and narrowly. I close the triangle, the other two sides of which are Death and Time. In order to quit this triangle it is necessary to see that it does not exist.

“But how to do this is not for me to tell. For I am the Evil which men say is the cause of all evil and which they invented as an excuse for all the evil that they do.

“They call me the Prince of Falsehood, and truly I am the prince of lies, because I am the most monstrous
production of human lies.”

The Devil card shows The Horned Goat of Mendes, with wings like those of a bat, standing on an altar. At
the pit of the stomach there is the sign of Mercury. The right hand is raised and extended, symbolizing
the reverse of the benediction given by the Hierophant in the fifth card. In the left hand there is a great flaming torch, inverted towards the earth. A reversed pentagram is on the forehead.

There is a ring in front of the altar, from which two chains are carried to the necks of two figures,
male and female. These are analogous with those of the fifth card, as if Adam and Eve after the
Fall. This represents the chain and fatality of the material life. The figures are tailed, to signify their animal nature, but there is human intelligence in the faces.

The creature above them is not to be their master for ever. Even now, he is also a slave, sustained by his own evil and blind to the liberty of service. This creature, the Dweller on the Threshold of the Mystical Garden, greets those who have eaten the forbidden fruit and have been exiled.

In the eighteenth century The Devil card seems to have been a symbol of the shameless immodesty of animals. Except for a strange head-dress, the chief figure is entirely naked. It has bat-like wings, and the hands and feet are represented by the claws of a bird. In the right hand there is a scepter with fire at the tip.

The figure, as a whole, is not particularly evil. It has no tail, and the many have said that the claws are those of a harpy or eagle’s claws. Attached, by a cord on their collars, to the pedestal on which the figure is mounted, are two smaller demons, presumably male and female. These demons are tailed, but not winged.

The appearance of this card has changed due to the influence of Éliphas Lévi (in 1856) and his doctrine of occultism. It now appears as a pseudo-idolatrous figure with the head of a goat and a great torch between the horns. Instead of standing, the creature now appears to be sitting. There appears to be a Hermetic caduceus in place of the generative organs. In “Le Tarot Divinatoire” of Papus, the small demons are replaced by a naked male and female who are bond only to each other.

This idea of an impassable circle has given birth to that of Destiny, of Fatality, restricting the limits of the circle, in which the human will can act freely. The serpent, forming a circle of his own body, is biting his own tail. This has always been the symbol of this Fatality, of this Destiny, encircling the world in its embrace. It represents the cycle of a year (the ring), and of the fatal and settled revolutions of time.

If we place the Juggler by the side of the Devil we shall see that the arms of the two figures are using the same gesture, but in an inverse sense. The Juggler points his right hand towards the Universe, his left hand towards God. Conversely, the Devil raises his right hand into the air, whilst his left points to the earth. Instead of the magic initiating wand of the Juggler, the Demon holds the lighted torch, the symbol of black magic and of Destruction.

On either side of the Devil, and balanced by him, are two personages reproducing the same symbolism we find in the two women pictured on The Lovers card. We also find the two supports of the gallows of the Hanged Man. Here we see the universal animating force has become the universal destroying force. The scepter of Venus-Urania has become the Demon’s torch. Similarly, the angel’s wings have changed into the hideous wings of the God of Evil.

Significations of The Devil

The Meaning of The Devil Card Throughout History

Various Names for The Devil Card

A horned and winged demon with eagle’s claws (standing on an altar to which two smaller devils are bound by a collar and cord). In his left hand he bears a flame-headed scepter. He is the image of Fate or Fatality, good or evil.

Tarot of the Thousand and One Nights

Adventure, magic, poetry, and love come to life in this Tarot deck based on the classic 1001 Arabian Nights folktales. Tarot of the Thousand and One Nights is bursting with rich imagery relating to the Arabian renaissance, the exotic allure of these fairy tales bestows timeless wisdom to those who seek it. 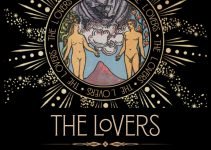 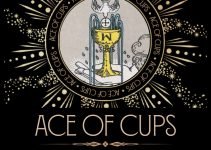 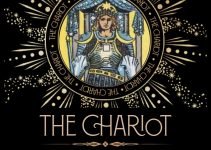