The Empress card embodies bountiful creation, success, and enjoying the fruits of your labor. Seeds of love, fertile ground, and gentle guidance have allowed you to manifest your greatest desires. Use this plentiful harvest to nurture and enrich the lives of those around you. The Empress shares her wisdom freely and understands that the true nature of leadership means empowering others, rather than fostering dependence. The third card of the Major Arcana connects you to the regenerative quality of the earth and nature’s abundance. This card appears when it’s time to connect with gratitude, generosity, and the power of creation.

Allegory of The Empress

I felt the breath of the spring, and accompanying the fragrance of violets and lilies-of-the-valley I heard the tender singing of elves. Rivulets murmured, the treetops rustled, the grasses whispered, innumerable birds sang in choruses and bees hummed; everywhere I felt the breathing of joyful, living Nature.

The sun shone tenderly and softly and a little white cloud hung over the woods.

In the midst of a green meadow where primroses bloomed, I saw the Empress seated on a throne covered with ivy and lilacs. A green wreath adorned her golden hair and, above her head, shone twelve stars. Behind her rose two snowy wings and in her hands she held a sceptre. All around, beneath the sweet smile of the Empress, flowers and buds opened their dewy, green leaves. Her whole dress was covered with them as though each newly opened flower were reflected in it or had engraved itself thereon and thus become part of her garment.

The sign of Venus, the goddess of love, was chiseled on her marble throne.

“Queen of life,” I said, “why is it so bright and joyful all about you? Do you not know of the grey, weary autumn, of the cold, white winter? Do you not know of death and graveyards with black graves, damp and cold? How can you smile so joyfully on the opening flowers, when everything is destined to death, even that which has not yet been born?”

For answer the Empress looked on me still smiling and, under the influence of that smile, I suddenly felt a flower of some clear understanding open in my heart.

The Empress is the inferior Garden of Eden, the Earthly Paradise, all that is symbolized by the visible house of man. She is the fruitful mother of thousands. Aspects of The Empress have been described as desire, the woman clothed with the sun, as the transitory delights of the world and the veil of the divine realm.

She is above all things universal fertility and the outer sense of the Word. There is no direct message given to man like that which is conveyed by woman; but she does not, herself, carry its interpretation. The card of the Empress can also being interpreted in another way: She signifies the door or gate by which an entrance is obtained into this life, as into the Garden of Venus.

The Empress symbolizes the way that leads out of this life, into that which is beyond. The secret knowledge of the High Priestess is communicated by The Empress to the chosen few. She is the imparter of divine knowledge.

A seated woman appears on The Empress card. Dignified, and clothed in royal robes, she is a daughter of heaven and earth. Her sovereign crown is made of twelve stars gathered in a cluster. The symbol of Venus is emblazoned on the shield at her side. A field of corn is ripening in front of her, and beyond there is a waterfall. Her scepter is topped by the globe of this world.

The Empress often appears in full face, while her correspondence, the Emperor, is in profile. There has been a tendency to ascribe a symbolical significance to this distinction, but I do not believe this detail carries any inner meaning. The Empress has been connected with the ideas of universal fertility and in a general sense with fruitful activity.

A woman seen full face. The human being becomes corporeal in the womb of a woman. This woman is represented with wings, or in the center of a radiating sun. The idea of the spirituality of the animating force of all beings. She holds an eagle in her right hand. The eagle is the symbol of the soul and of life (Holy Spirit). In the left hand she bears a scepter forming the astrological sign of Venus.

The scepter is held in the left hand to indicate the passive influence, which Nature, Venus-Urania, or the woman exercises in the generation of beings. She wears a crown with twelve points, or twelve stars. This represents the diffusion of the animating force throughout all the worlds, the sun, and the Zodiac.

Significations of The Empress

The Meaning of the Empress Card Throughout History

Various Names for the Empress Card

A winged and crowned woman seated upon a throne, having in one hand a sceptre bearing a globe surmounted by a cross, while she rests the other upon a shield with an eagle blazoned therein on whose breast is the cross. She is the Symbol of Action, the result of the union of Science and Will.

These cards are alive with movement. The delicate curves, sweeping lines, and bright yet gentle colors all serve to draw the mind into the imagery of each card. These cards effortlessly weave a story and there is plenty of beauty for the eye to feast on. Tarot Art Nouveau is a work of art and serves as a powerful divinatory tool. 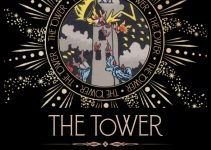 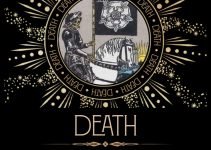