The Tower card brings the unexpected. This card is a powerful catalyst for change and personal transformation. You are being offered a fresh start and a chance to build stronger foundations in your life. This card brings a major life shift and the knowledge that things will never be the same. It’s time to let go of your attachments to people, places, things, and core beliefs. You may find that grand Tower was actually obstructing your view of opportunities that lie just ahead. Let the dust settle and then look forward to the illuminated path before you.

This card symbolizes the foundation of ashes in which the phoenix is born. The lightening-struck Tower is associated with chaos and destruction of boundaries. There are times in everyone’s life when it feels as if fate has decided that it’s time to burn it all down. This sudden upheaval of your life can be frightening and disorienting. It’s important to remember that positive change often follows chaos and the cycle of destruction. Burning fields will yield bountiful crops in the years to come.

Deep change is difficult and it requires trust that things are happening for you, not to you. When you resist clinging to stability, you can embrace the positive results of chaos and the cycle of destruction. The 16th card of the Major Arcana is asking you to make space for new beginnings, stronger foundations, and positive shifts in the direction of your life.

“I embrace the chaos of change and trust in the wisdom of upheaval, knowing it leads to growth and a more stable foundation for the future.”

Allegory of The Tower

I saw a lofty tower extending from earth to heaven; its golden crowned summit reached beyond the clouds. All round it black night reigned and thunder rumbled. Suddenly the heavens opened, a thunder-clap shook the whole earth, and lightning struck the summit of the tower and felled the golden crown. A tongue of fire shot from heaven and the whole tower became filled with fire and smoke. Then I beheld the builders of the tower fall headlong to the ground.

And the voice said:

“The building of the tower was begun by the disciples of the great Master in order to have a constant reminder of the Master’s teaching that the true tower must be built in one’s own soul, that in the tower built by hands there can be no mysteries, that no one can ascend to Heaven by treading stone steps.

“The tower should warn the people not to believe in it. It should serve as a reminder of the inner Temple and as a protection against the outer; it should be as a lighthouse, in a dangerous place where men have often been wrecked and where ships should not go.

“But by and by the disciples forgot the true covenant of the Master and what the tower symbolized, and began to believe in the tower of stone, they had built, and to teach others to so believe. They began to say that in this tower there is power, mystery and the spirit of the Master, that the tower itself is holy and that it is built for the coming Master according to His covenant and His will.

And so they waited in the tower for the Master. Others did not believe this, or interpreted it differently. Then began disputes about the rights of the summit. Quarrels started, ‘Our Master, your Master,’ was said; ‘our tower, your tower.’ And the disciples ceased to understand each other. Their tongues had become confused.

“You understand the meaning here? They had begun to think that this is the tower of the Master, that He builds it through them, and that it must and, indeed, can be built right up to Heaven.

“And you see how Heaven responded?”

The Tower struck by lightning has also been called the Castle of Plutus, God’s House, and the Tower of Babel. In the last case, the figures falling from the tower are believed to be Nimrod and his
minister. The Tower is most definitely a card of confusion as the design of the card corresponds to many interpretations. It is a little surprising that this card has not yet been attributed to the destruction of Solomon’s Temple.

The Tower signifies the materialization of the spiritual word. I agree rather with Grand Orient that it is the ruin of the world of men, when evil has prevailed. Above all, I believe it is the rending of a House of Doctrine. I understand that the reference is, however, to a House of Lies. It illustrates the biblical quote from Psalm 127:1, translated as “Unless the Lord builds the house, those who build it labor in vain.”

The Tower has been spoken of as the punishment of pride and also as a symbol of man’s intellect overwhelmed in the attempt to penetrate the Mystery of God. The two persons falling from the tower represent the abstract ideas. One of the figures is the literal word made void and the other its false interpretation. In a deeper sense, this card may signify the end result of divine law and order.

There is a sense in which the catastrophe in The Tower card is a reflection from the previous tarot card, The Devil. But the symbolism of The Tower is different than that of The Devil. These cards can more accurately be described as analogous. The Devil card is concerned with the fall of man into the material and animal state, while The Tower signifies destruction on the intellectual side.

This card bears the picture of a tower, with its battlements struck by lightning. Two men, one crowned, the other uncrowned, are falling with the fragments of broken masonry. This card contains the first reference to a material building in our deck. We find the same symbol reproduced in the 18th and 19th arcana (The Moon and The Sun cards). Here, the Tower signifies the invisible or spiritual world, incarnated in the visible and material world. This card represents the material fall of Adam.

Significations of The Tower

The Meaning of The Tower Card Throughout History

Various Names for The Tower Card

A Tower whose Upper part is like a crown, struck by a lightning-flash. (Two men fall headlong from it, One of whom is in such an attitude as to form a Hebrew letter Ayin.) Sparks and debris are falling. It shows Ruin, Disruption. 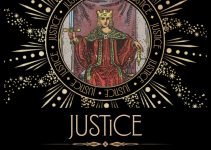 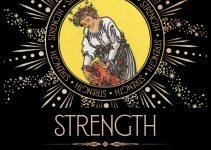